Has anyone seen Jack Ma?

Has anyone seen Jack Ma ?

A very wise fund manager once told me many years ago; when it comes to Chinese stocks, leave this up to professionals.

Who knows what this will bring to other Chinese companies listed on the NSYE!! Will see when the market opens on Monday …

The Chinese market is one best left alone taking it on will only cause stress and headache for most investors. You can never guarantee what a dictatorial regime will do, could end up being another Soviet Union and collapse in on itself along with ‘your’ NIO stock

Not sure why anyone would think the Chinese are running a dictatorship, since most things are done by committee… having said that,
#WhereIsJackMa?

There may be committee’s but its a one party state so all committee memebers serve the same master.

There may be committee’s but its a one party state so all committee memebers serve the same master.

The US and UK are effectively two party states and therefore twice as good as China.

With Labour abstaining on everything, voting for the Brexit deal, and supporting the government, you can consider the UK a one-party state

I expect he’s either under house arrest with very heavy surveillance or under arrest, arrest.

Debatable whether Xi Jinping holds absolute power over the system, despite his best efforts. However it is irrefutable that China is under the cosh of an authoritarian system of governance that relies upon control, opacity and fear to manage its development and ‘interests’, with little recourse for any businesses or individuals felt to be on the wrong side of the party line.

What is fascinating are the increasingly draconian steps the country is taking to both internal and external critics over the last 18-24 months. Opportunism to exploit the global leadership void created by Trump’s rejection of a rules based world, or a genuine concern that internally, the legitimacy of the system may be being threatened?

Judging by the bank of China president’s remarks, JackMa is safe. 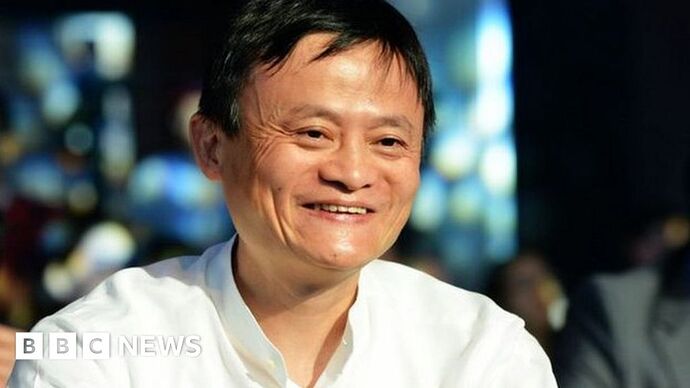 Fears had grown over the Alibaba founder's whereabouts because of pressure from Chinese authorities. 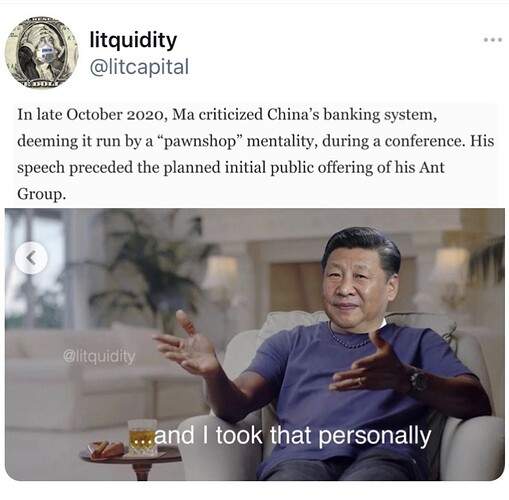 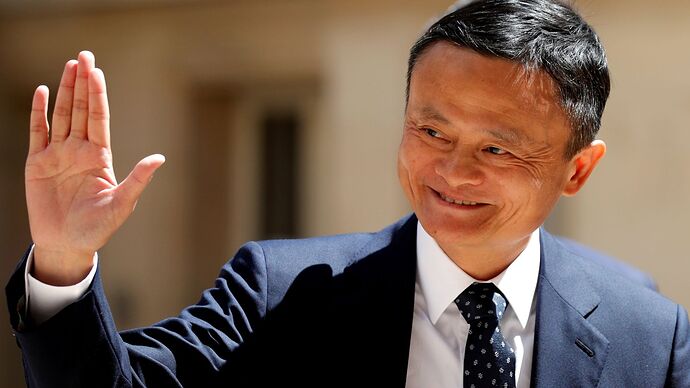 Jack Ma: Chinese tycoon appears in public for the first time since October

Mr Ma was seen speaking to teachers in a 50-second video but made no mention of his disappearance from the limelight.