Hydrogen fuel cell company a little bit like ITM Power. UK based green energy company that has partnered up with ACCIONA in Spain who have a massive renewables footprint. Great growth potential in a very interesting space, currently trading around 28p

MEGATHREAD: What stocks should we add next week? 📲:boom:
The five most popular AIM stocks on Freetrade. Which ones are you investing in?
Hydrogen/Clean energy projects for 2021
76 brand new stocks, inc. Latin American companies and investment trusts
:evergreen_tree: Green investing :evergreen_tree:
CashCow (aka CrashCow) 4 June 2020 15:01 #2

AFC Energy PLC is a developer of alkaline fuel cells which use hydrogen for electricity production. The company is based in Cranleigh, Surrey, United Kingdom. It is listed on the London Stock Exchange. The company was established in 2006 by the acquisition of certain intellectual property rights and assets from Eneco. In 2010, it commissioned a hydrogen fuel cell named Alpha System at the Chinchilla underground coal gasification facility, operated by Linc Energy. Combining these technologies ...

It’s definitley one I’d like to see. I was too young to join at the start of the ‘dotcom revolution’ that’s finally matured; I’d like to get in early on the hydrogen economy!

Me too sadly! Hydrogen is going to see very interesting developments in the near future. The likes of Shell combining hybrids with offshore wind and it could be the short term answer to power storage solutions too and solve the issue of green power being able to constantly supply the grid.

Even more sadly, I did it before yesterday’s raise - which also appeared on PrimaryBid and I couldn’t top up my holdings because Freetrade and the other platform aren’t supported by/don’t support PrimaryBid.

I’m still very keen on hydrogen but wary of any company that has to do raises just to keep its head above water.

Pretty sure if you are a long term investor you’ll do absolutely fine. Don’t sweat the bumps. Significant growth potential

Hey Victor, can you add this stock this month into your Green section?

anywhere to look into the numbers for this company properly?

Was just looking for news articles on AFC and came across this: Extreme E and AFC Energy push off-road charging - electrive.com

Thoughts on there half earnings report today ? 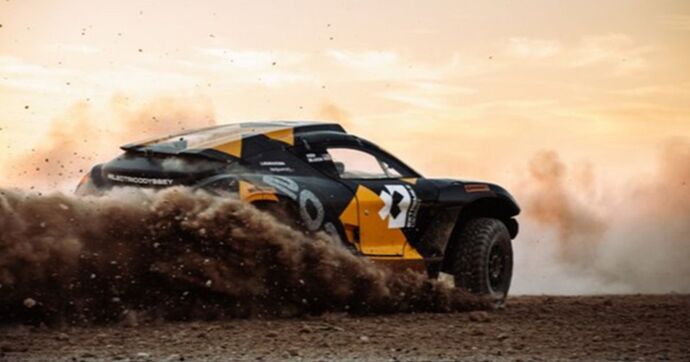 The hydrogen power specialist is working with Extreme E and all of its announced racing teams to provide zero emission E-SUV charging for...

So what does that mean for the electric car buisness then in the uk when boris has promised to go electric by 2030. Im just saying it does have potential for countries not going to follow the uk on terms of cutting emitions it is a cleaner energy but it does still have pollution that comes with it less than gas petrol but still more than electric if i could offer advice that a hydrogen fuel cells would complement an electric car to no end if your broke down winter dark road middle of no where its good to know you have access to heat power cell phone etc. I notice there could be a real millitary application for drones and special forces recon teams to power equipment surveillance or a dozen of the special devices cooked up for special forces and you need to bare in mind of the competitions competting with big companies trying to get into that buisness with big companies is a waste of afc energy resources that im near sure was minus £900.000 net income its pointless pursuits of highlighting potential tech for basiclly rich ppl you crush you with there wallets if afc energy diverted all its resources into affordable battries production a company based in the uk could do well. They are intresting times but i think the world will just skin hydrogen fuel for electric. Nuclear energy is 100percent green providing you know what to do with the waste if calls for random hydrogen fulled rockets to be shot directly at tge sun that then is real green energy and to do that you need to cut emitions every where else im here as an invester so i hope you take my advice on that and concentrate on the battery side of the buisness what it can power how long and under what conditions it can be powered is it lighter that current army battries is it more reliable if it ticks the boxes then it will work as they want them can you make it smaller lighter more powerfull only coming to 2021 9 years away and this i dare say is only the start of the energy race for afc the stocks are rising but you advertise you make these battries you get out there in a specific sector and again if you meet requirements then tge stock could rise and rise for years 2pound 3 4 and so on shares prices rise ill be keeping an eye on my lol 800 shares first time tho so if you know me give boris a ring and make them battries

And the common sense factor from the boared there is playing for the big game but you compete with shell tesaco etc very rich companies basiclly highlighting the future for them its a senseless pursuit even in europe why cut 1 petrol car for hydrogen when you can cut alot more by going electric if the company regroups them selfs this 1 specific company mass produces hydrogen fuel cell batteries for electric cars affordable works then they will sell more you sell more profit its 9 years away but it is a gamble but 2030 all electric all new cars ish in tgeory probly run to 2040 2050 falls in line with cut emitions hope that helps.

My thinking is here in 2030 all electric thats the pressure faze warnings threats to buy electric that will probly run to 2050 that falls inline with cut emitions dates. So in terms of this company slugging it out with the worlds biggest oil barons i cant see a company of this size competing with them and you are you want to be the next texaco or shell i get it but wealth gets wealth they will certainly have more money they have rigs they can convert to hydrogen they will be fine believe that a company like this needs a specific target is what you want to do is get access first to the government thats via cheap affordable battries to compliment the electric car so battery development should be that of finding a workable affordable battery that will meet an electric cars needs then of course development in millitary aswell as all the possibilities drones is another im not seeing a patent so any 1 can do it you have a start some wealth to go with it but unless your developing for specific reason your throwing away money basiclly at nothing hence the 900.000 loss im near sure i read for april

Once you cosey up to that brute boris then the millitary you have to know for war reasons electric tanks apcs just will not be converting due to threat of emp but to cut emissions they will probly go hydrogen and when you have made friends connections money trust etc youll make your selfs a very important part of the british back bone youll be every where.

Dont start laying people of untill untill after the Christmas party now you hear me cuts ppl its on the up but im all about profits.

For the army theres only ever 3 requirements reliable work all condition 2 weight a soldier only ever thinks of weight lighter the better and 3 affordabillity. Standard army battries will more than likly never did my research but probly disposable thats pollution 1 box light could recharge say a 100 battries relative to space that alone will tick boxes. In space saving more ammunition

Im just spitballing here but maybe a merger with a firm corperation to exclusively work togather to rut rechargable light alternitive radios for soldiers on the market charged by the hydrogen batteries thats the thing about tech it isnt always supported you roll that battery out now what can you plug into it now usb im not 100 percent up to date but i dont think they do usb i am not sure thats your job but thats just a basic way of thinking you want to have. Close all non essential sectors lay offs cut the loose weight and concentrate on the battery its strategy after that then you can go to hydrogen youll be a trusted supplier to the army and that might just work in your favour well clearly theres money being spent on nothing as research is but its a buisness

AFC energy entered into a deal with ABB Engineering a week ago which provided a 50% increase in AFCs share price.

The above linked interview explains the details of that deal, mostly providing fuel cells to ABBs remote/off grid EV charging points. But I think it’s interesting to note that the CEO, Adam Bond, says the partnership with ABB also opens up channels of communication with ABBs large client base in Europe and US. And they are hoping to use that line of communication to create more deals on the same sort of scale.

They are also looking at providing power for things like data centres and ports as well as the usual list of vehicles.

A very promising company in my opinion. I’ve taken a position as I believe 2021 could be a strong year of growth for them.

Bought these when they were cheap. Looking at the company and the advertisements and what they are hoping to achieve I’m thinking of putting the money I’ve made from other investments into this, ontop of what I’ve already got.

What’s everyone else’s thoughts on AFC?